How We Talk about Race and Dyslexia 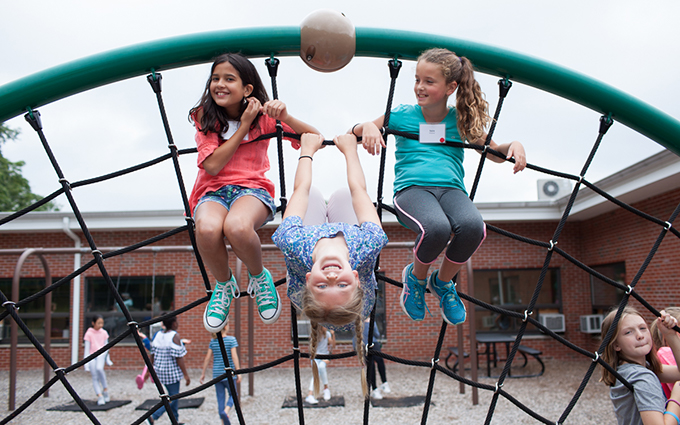 In our opening faculty/staff meetings this fall, I chose three quotes to share that should have sounded quite familiar to the Carroll faculty.  The first discussed concerns about traditional views of intelligence, the second focused on low expectations for certain groups of children, and the third described how stereotypes can cause people to underperform.

Where did these quotes come from?

#1— “If we are really serious about creating learning environments that foster high levels of achievement for all of our students, we have to examine and challenge a fundamental notion central to the educational process — the notion of intelligence. Who can question that some people seem to process information faster than others? We see evidence of that all around us, every day. I do not question that there may be individual variation in the speed of our neural synapses. But the idea that almost all of us are smart enough to achieve at high levels in school runs counter to the long-standing practice of testing and sorting.”

#2— “In a 1966 experiment, Rosenthal and Jacobson randomly assigned approximately 20% of the children in their study to form an experimental group. The teachers of these students were told that their scores on a test of nonverbal intelligence indicated that they would show surprising gains in intellectual competence during the next eighteen months of school. Actually, the only difference between that 20% and the others was what their teachers had been told. At the end of the next school year all of the children were retested with the same nonverbal measure. Overall, the children who had been identified as gifted and talented showed significantly greater gains. This is known as the Pygmalion Effect.”

#3— “Just as low expectations can prevent honest and constructive feedback in the face of poor performance — after all the low performance only proves the point that some children just don’t have what it takes — they can also prevent strong performance from those who worry that they cannot compete at high levels, such as women in math or dyslexics in college.

Well-entrenched notions of intelligence can also impact student behavior over the years of their schooling.  This is known as stereotype threat. As defined, it is “the threat of being viewed through the lens of the negative stereotype, or the fear of doing something that would inadvertently confirm the stereotype.”  Students who perceive this threat underperform consistently compared to their peers who do not operate under this threat.”

Where did these quotes come?

Logically, one should assume at an opening, inspiration meeting at the Carroll School that these quotes came from one of the seminal works in the field of dyslexia, such as Overcoming Dyslexia by Dr. Sally Shaywitz or Proust and the Squid by Dr. Maryanne Wolf.

Each quote seems to rivet on issues that children with dyslexia face in school. They can experience people who feel they aren’t very smart, because of their difficulty learning to read. They are often victims of low expectations because of their learning struggles. And they know all too well that they might be “outted” at any minute when they misread or word or take a long time retrieving the answer to a question.

My point in delivering these quotes was simple: Carroll already thinks about these issues deeply in regard to children who learn differently. We need to extent our understanding to a wider variety of human issues under the rubric of “Equity and Inclusion.” Carroll is ideally suited to work more intentionally on diversity issues because of our 50 year history with learning differences.

Equity and Inclusion is a major theme for this year and for every Carroll year moving forward. In order to give each child what she or he most needs, we need to consider all facets of a child’s identity.

Yet, these quotes come from Dr. Beverly Daniel Tatum in a book entitled Can We Talk About Race?  Dr. Tatum is one of the most thoughtful and influential thinkers in the country about how schools can have honest conversations about race and other difficult topics.

A Crisis Shines a Bright Light on What Is Truly Important: Teachers
Steve Wilkins, Head of School Blog
Jan 27 2021

Aside from the science of controlling pandemic threats to humanity, one of the most important lessons from the past year is that schools and teachers are far, far more essential to our nation than we previously had ascribed.

Every family with school aged children is in a tough spot this fall. How to get back to school is nothing but a large basket full of hard decisions. In this blog, I write about what we share as a community as we look forward to Carroll School’s reopening.

Carroll School declares that our job is to give each child what that child most needs. It doesn’t matter whether we are forced to social distance or whether we are in person. That is our job. A remote plan that failed to focus on this principle would never work properly for the Carroll community. Steve Wilkins shares how we approach this task.