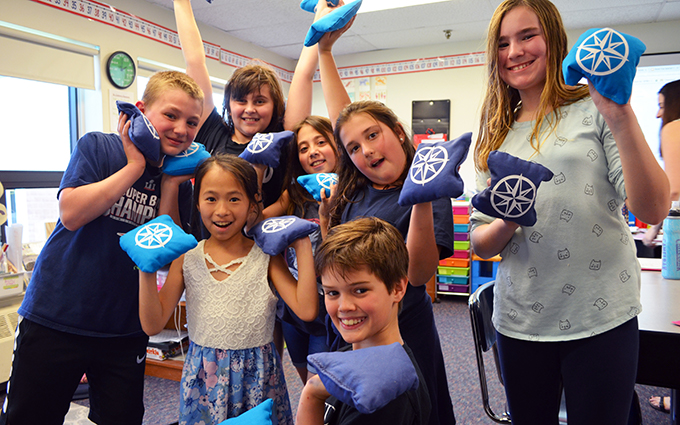 At Carroll, our teachers pull out all the stops to engage students in learning like ... that time Mrs. Lattimer used cornhole to teach 5th graders math and executive function skills.

For those that don't know, cornhole is a game in which small bean bags are tossed at an inclined wooden platform with a hole in one end and is typically played as a tournament. As a way to help her students solve real-world math problems, Mrs. Lattimer decided to have her students build cornhole platforms. Along the way, the kids gained executive function skills as they planned, executed, and presented their project.

1. First, the students made a plan using the Get Ready, Do, Done process - developed by Cognitive Connections as a way to help children build executive function skills. Starting with the "Done" step, the students sketched what the finished product would look like. Then, they outlined the tasks it would take to complete the project (the "do"). Finally, they listed what they needed to "get ready" - the materials and tools to build their cornhole platform. 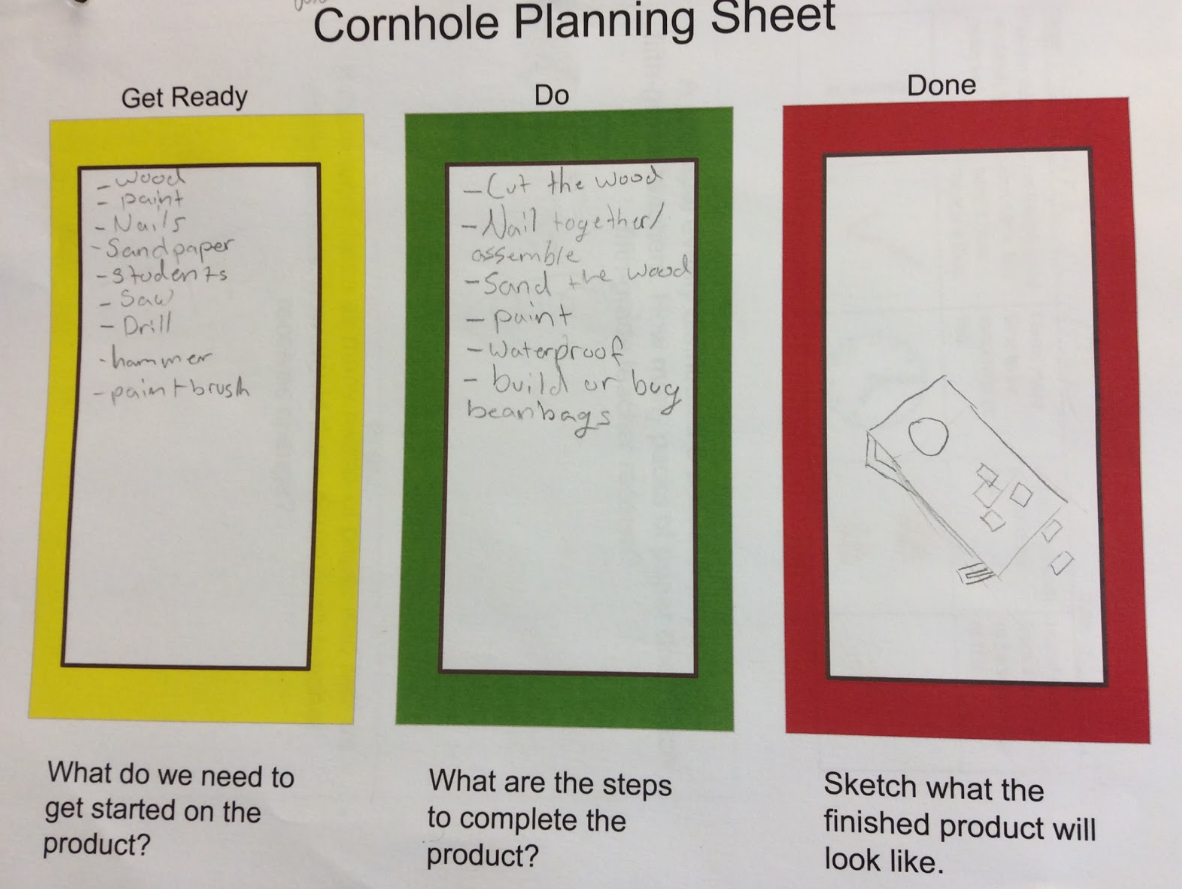 2. Next, the students dove into math - measuring and planning the shape, size and angle of the cornhole platform, its legs, and the circle hole. Mrs. Lattimer introduced the students to compasses and demonstrated how to use the radius to draw a hole that needed to be 6" in diameter. 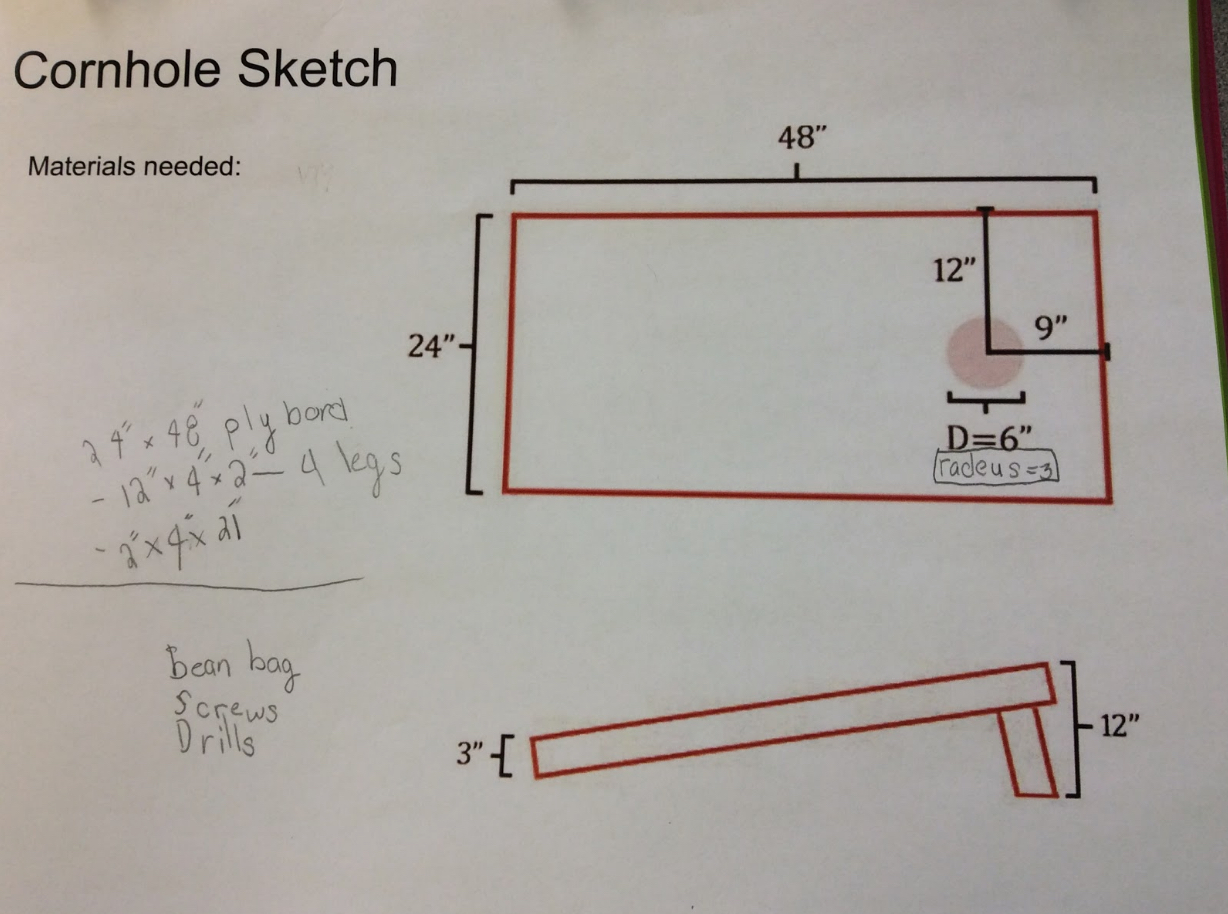 3. Before building, the class mapped out the steps and tasks needed to do each day based on the five days planned for the project. This helped the students stay organized and on task over the duration of the project. 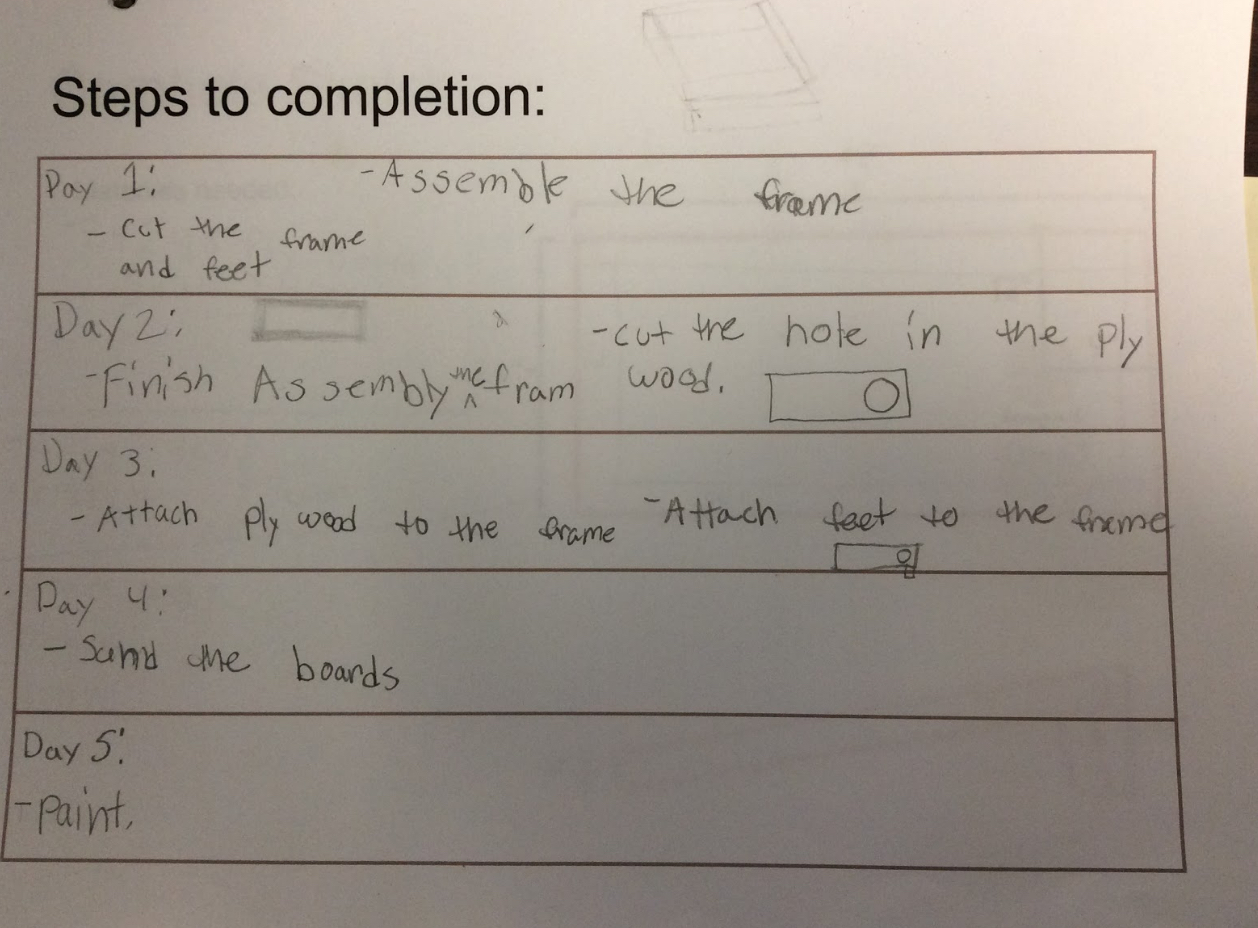 4. With a plan in place, the students got busy building, painting, sewing bean bags, and preparing their final presentation of their cornhole project. Lots of decisions were discussed, debated and made as the 5th graders worked together. 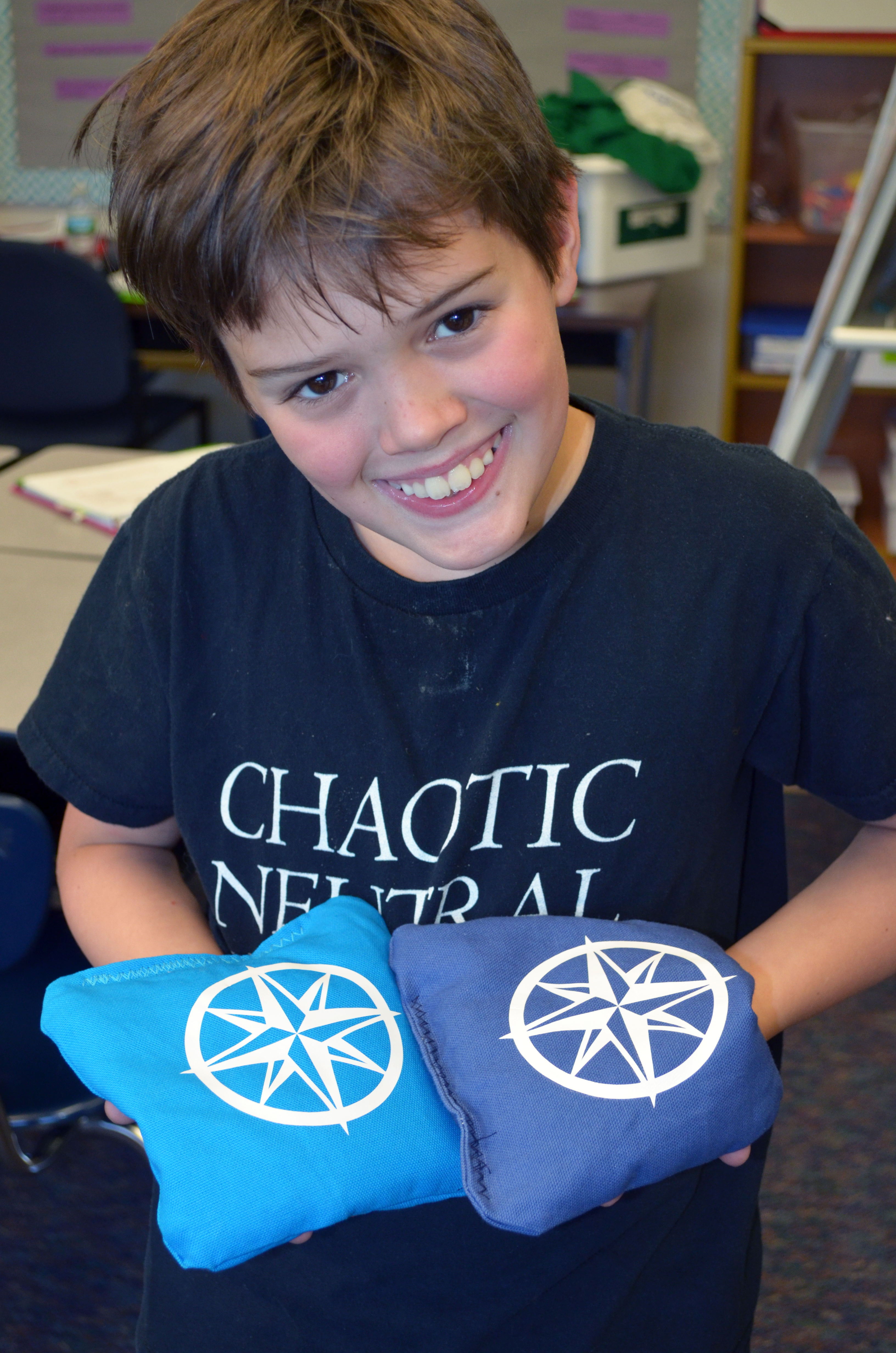 5. Finally, they presented their project to some of our 4th graders and had fun playing their own cornhole game!

This fall, eleven 8th graders spent a month exploring the world of comedy: not only what makes things funny, but how to bring the funny themselves. Half the term (2 weeks) is devoted to sketch comedy, and the other half is devoted to stand-up. While both halves are immense amount of fun, the real magic happens during the stand-up. Read about their experience.

In 5th grade science class this week, the kids are wrapping up their electricity unit and were challenged with the task of design creations that scribbled.

The following story creations were the results of library workshops held for Multis Fun Day on March 15, 2019. In each of the four library workshops, students were guided through the story construction process and came up with characters, plot lines, and happy endings that fit with our theme of the day, “Build a Better World.”